The world is a dynamic place that is full of traffic. For example, everyday, millions of seeds disperse in the wind, in the river, inside animal guts, or on animal fur, from their birth places to other locations. (Here is a video about the "what, why, and how" of seed dispersal). Every year, migratory species such as the Monarch butterfly and whooping cranes travel thousands of miles in the pursuit of suitable habitats. On a much smaller scale, microbes such as bacteria are also mobile. The movement of living creatures, from microbes to plants and animals, are connected with fascinating questions such as the impact of climate change on the geographic distribution of plants and animals. 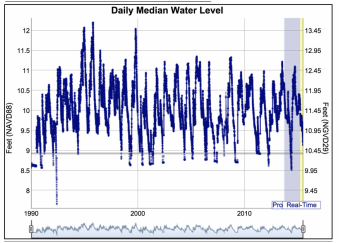 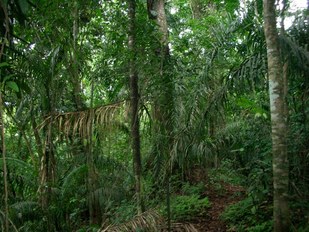 What happens when there is a severe drought in a rain forest? During the strong El Niño event from 1982 to 1983, rain forests in Panama and East Borneo experienced droughts so severe that forest fires broke out. Another extremely strong El Niño event during 1997-1998 brought a drought to the forests of Sarawak, Malaysia, which typically experience no clear dry season. Climate extremes such as droughts in tropical forests are commonly associated with El Niño Southern Oscillation (ENSO), which may be strengthened or weakened because of climate change. In my research, I am using stochastic processes to study the effect of climate extremes, such as droughts, on tropical forests. (Photo credit: Noelle Beckman)
Powered by